Now that I am living here in Germany I vowed to aim to see more of Europe. What better way then starting off in my new country!

Back in October I took my first time to go see a new city and my wonderful friend Lesley who flew over from the UK to see both me and the awesome city of Berlin.

On our first day we took to just wondering the city, it was suggested to us that we take a cruise down the river Spree. There were loads of tours which we could choose from, unfortunately for us they were all in German. Not to worry though,  with the help of googlemaps as we travelled down the river we were able to figure out what we were seeing, plus to be honest it was such a beautiful day it was just a lovely way of seeing the city. 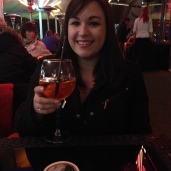 We took to wandering the city by foot for the rest of the day, stopping along the way for some light refreshment in the form of beer and a cheeky Aperol Spritz.

One of the key things on our ‘must do’ list of Berlin was to visit the Brandenberg Gate lit up on a night time. It was nothing short of spectacular.

Being honest, it was a little more impressive than I thought it would be, trying to snap a great photograph however was quite tricky due to the amount of people also trying to snap that perfect picture.

On day two we decided to have a very cultured day visiting several of the fantastic museums and sights than Berlin has to offer.

We started in one of the poshest ways we could – with breakfast on the top of the Reichstag – which I highly recommend. It was AMAZING. You have to pre-book a visit to the Reichstag regardless, so by booking a table for breakfast you also get your entry to view this fab building. The building itself has has an interesting history which is displayed around the grand centre of the dome and this allows you to take a sneaky peek into the Government chambers below. 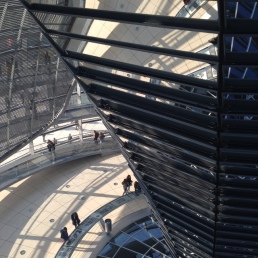 The breakfast itself was fantastic. We enjoyed champagne, fresh juices, all the breads in the world, eggs, cheeses, meats, salmon, and endless amounts of tea and coffee. Everything was presented in the most beautiful way, each with our very own 3 teir stand. 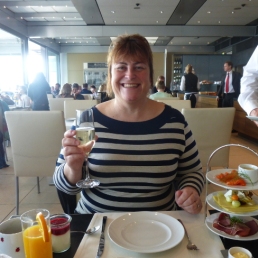 After a hearty breakfast we decided to start on our day of culture.  We decided to start off by walking to the Topography of Terror, this is based on the former site of the SS Headquarters during the Second World War, this has since been flattened and on top the the foundations there is a museum describing some of the atrocities that were performed under Nazi rule by the SS.

Alongside the site also lies one of the largest sections which remain of the Berlin Wall since its fall in 1989.

After this, we went to a museum which is almost the polar opposite of to this. 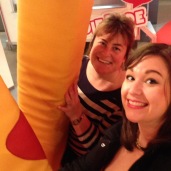 I seriously recommend this place, its brilliant. You can have conversations on tubes of ketchup, battle each other with massive chips, pretend you work on a currywurst van and finally eat a portion of delicious currywurst at the end. 8 Euros well spent I think. 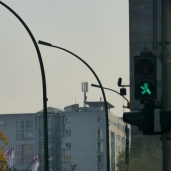 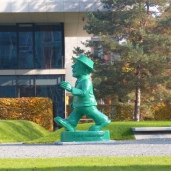 We did many other bits and bobs, yet now I think this blog is long enough… In short, the whole trip was awesome. I highly recommend a trip to Berlin!

We typically book up 4-6 weeks in advance.

To enquire fill in our simple Google Form here